tomoca is unique musician who playing oboe for many field of music, she has been playing oboe with other artists, live house also she release her own albums CD " Aqui" and " Lotus" and new album " Prunama" just release June 5th '13. 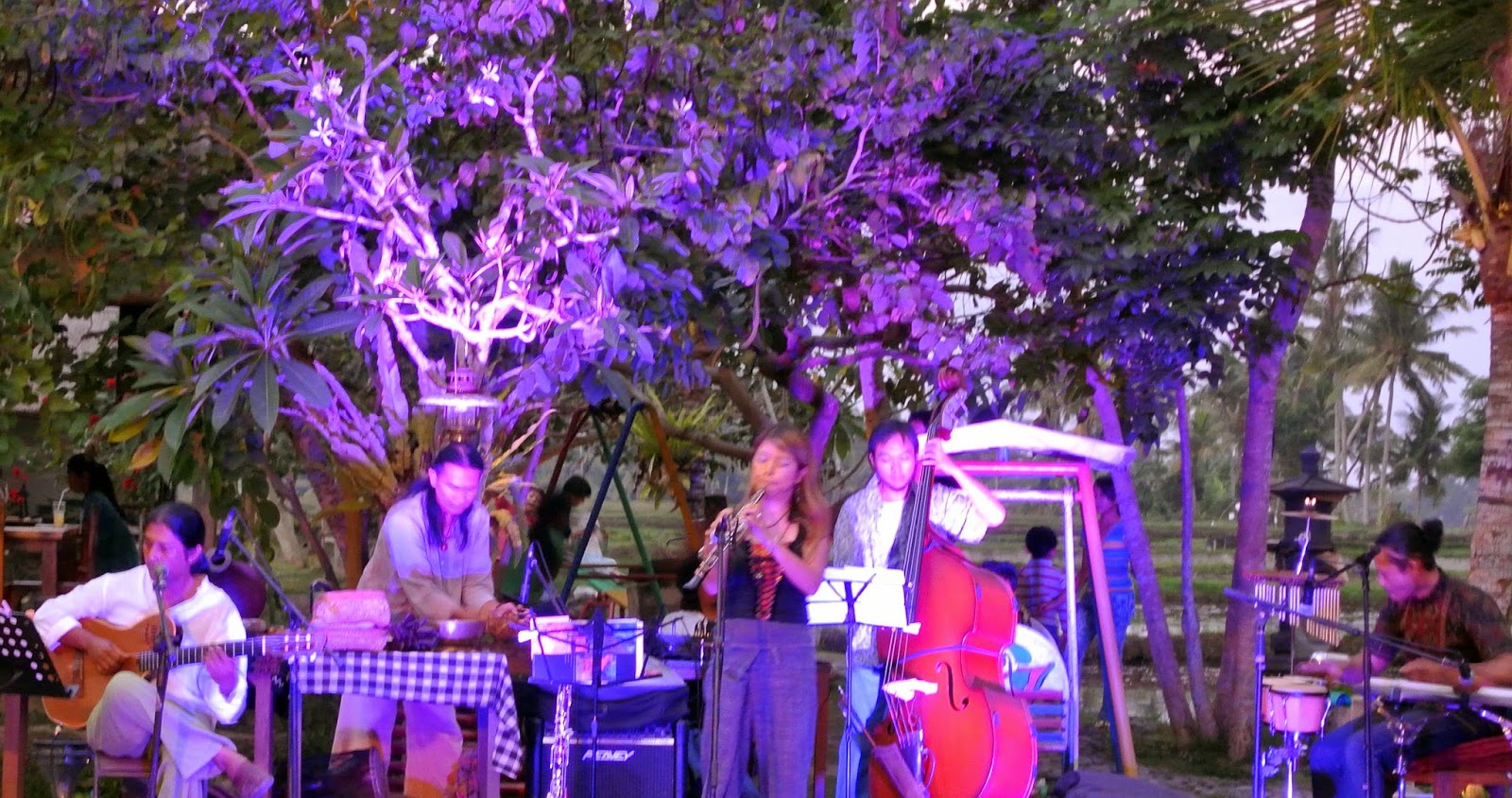 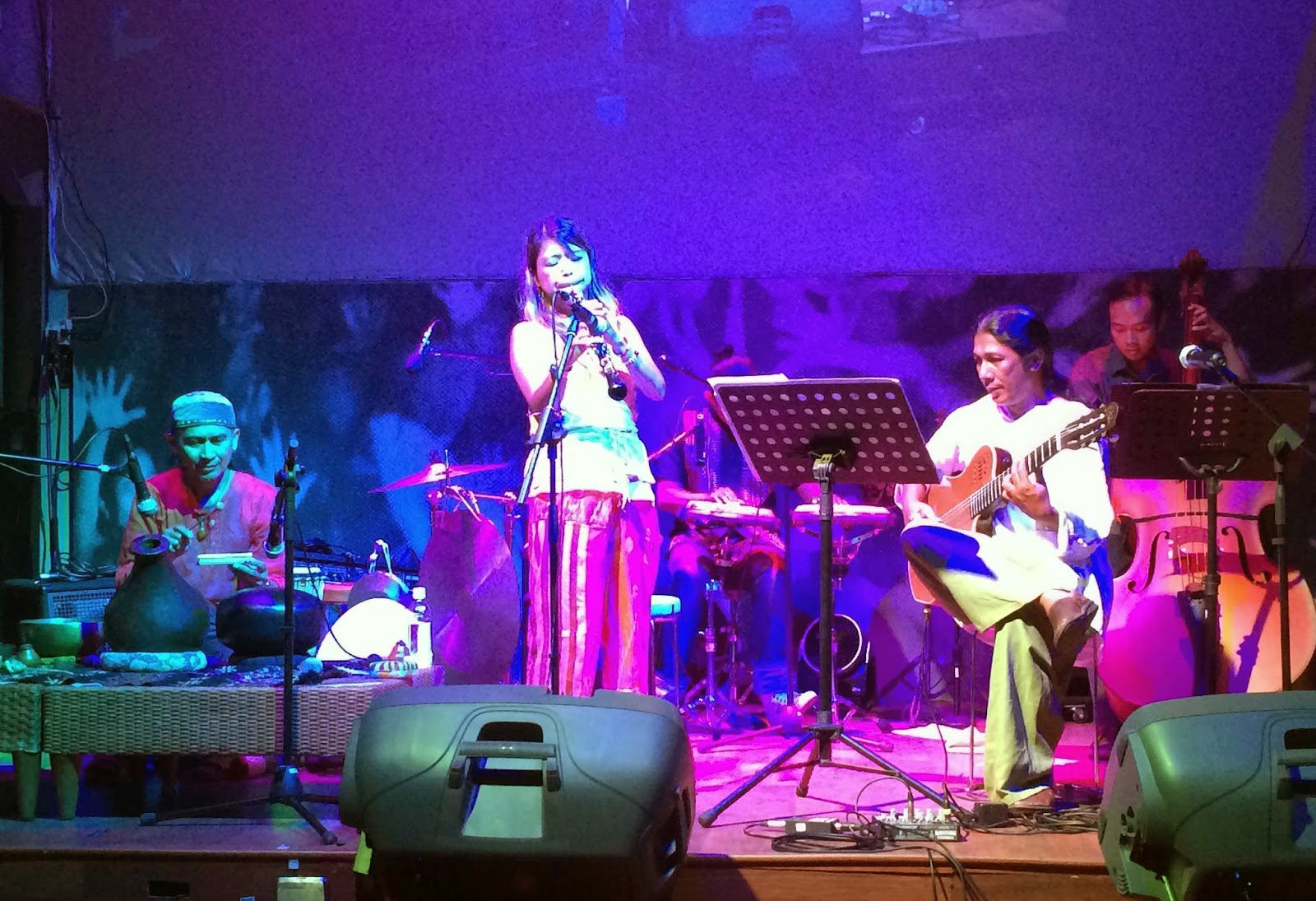 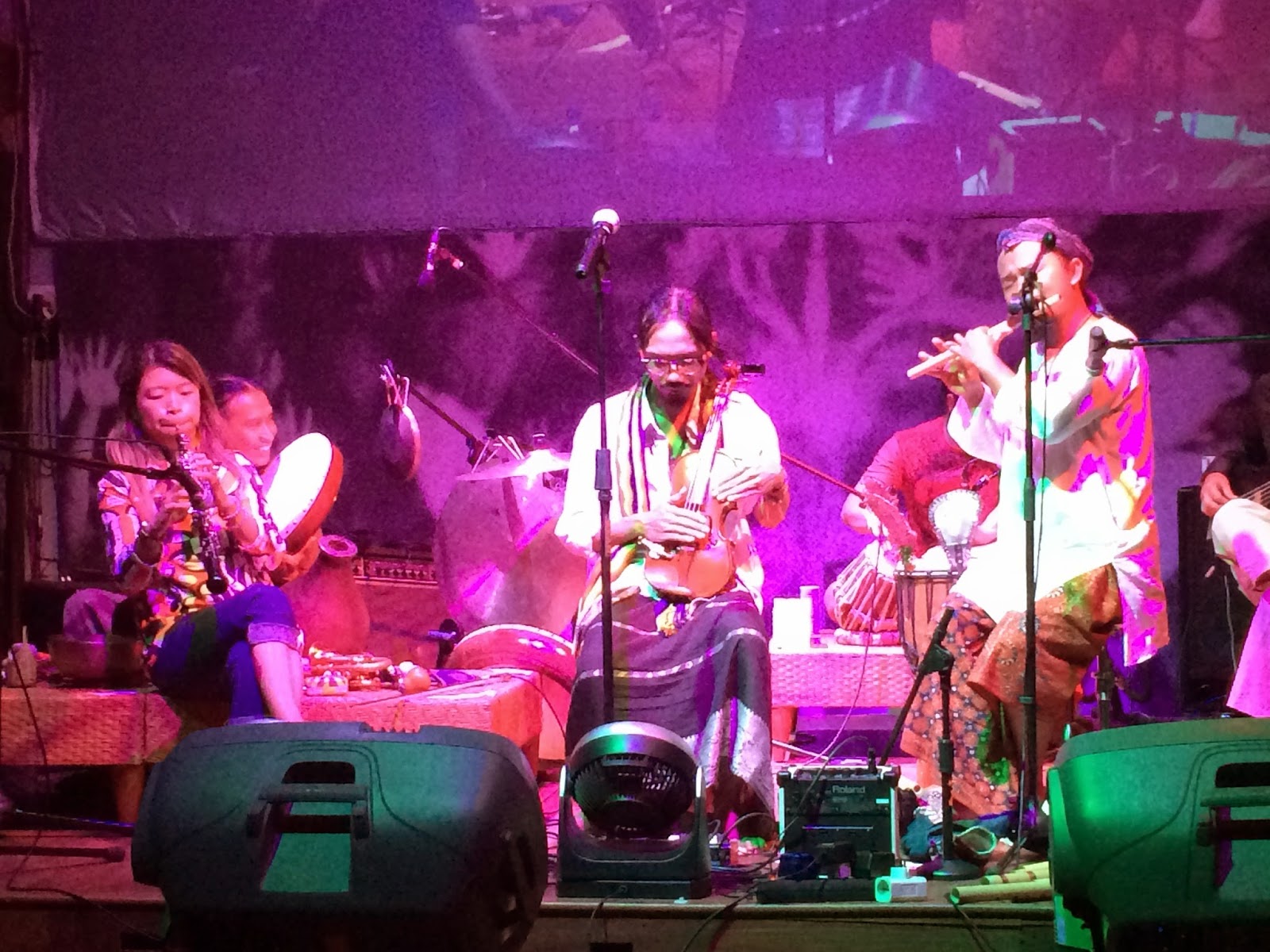 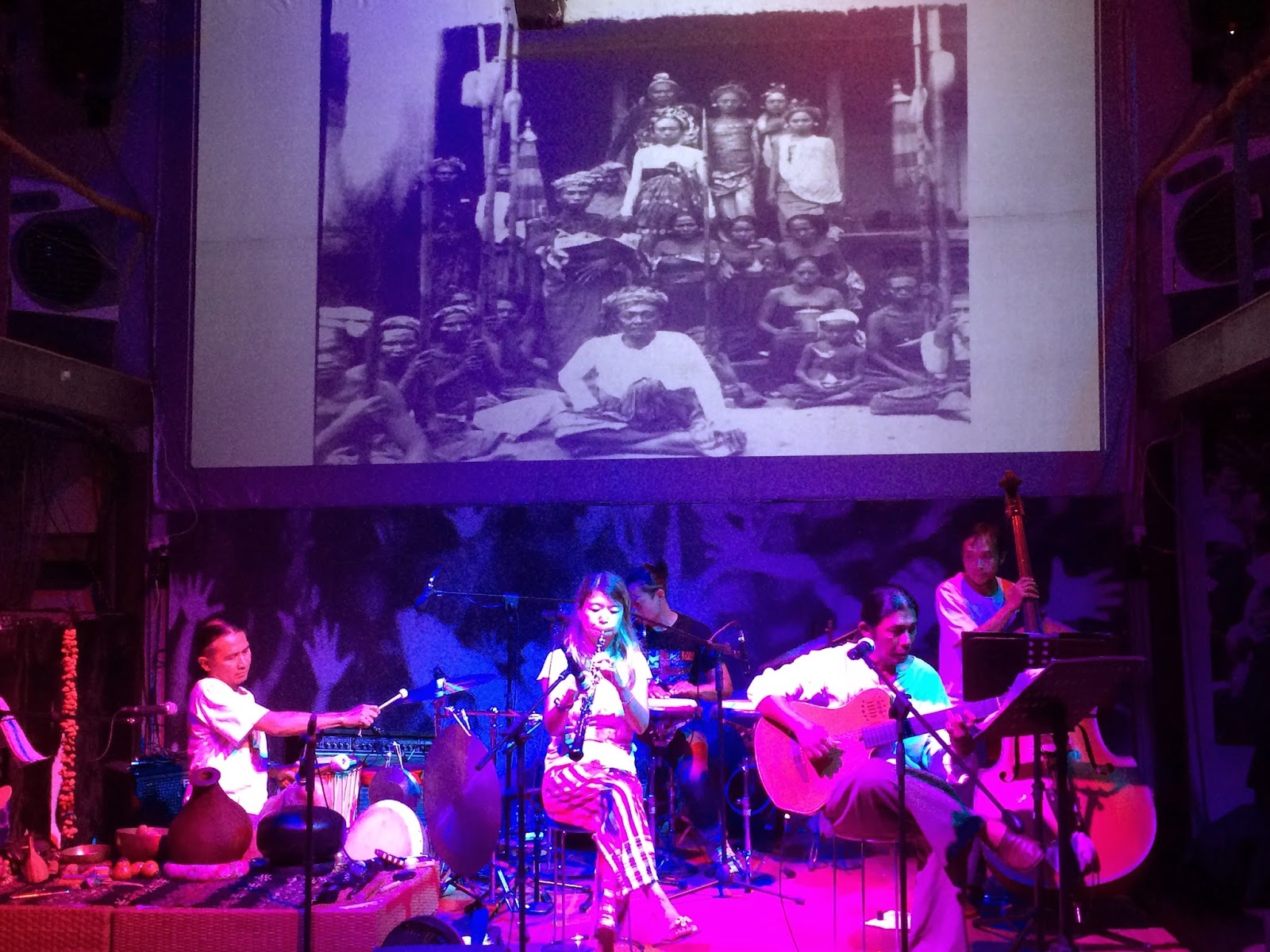 Live for new album release  play with her member of recording. 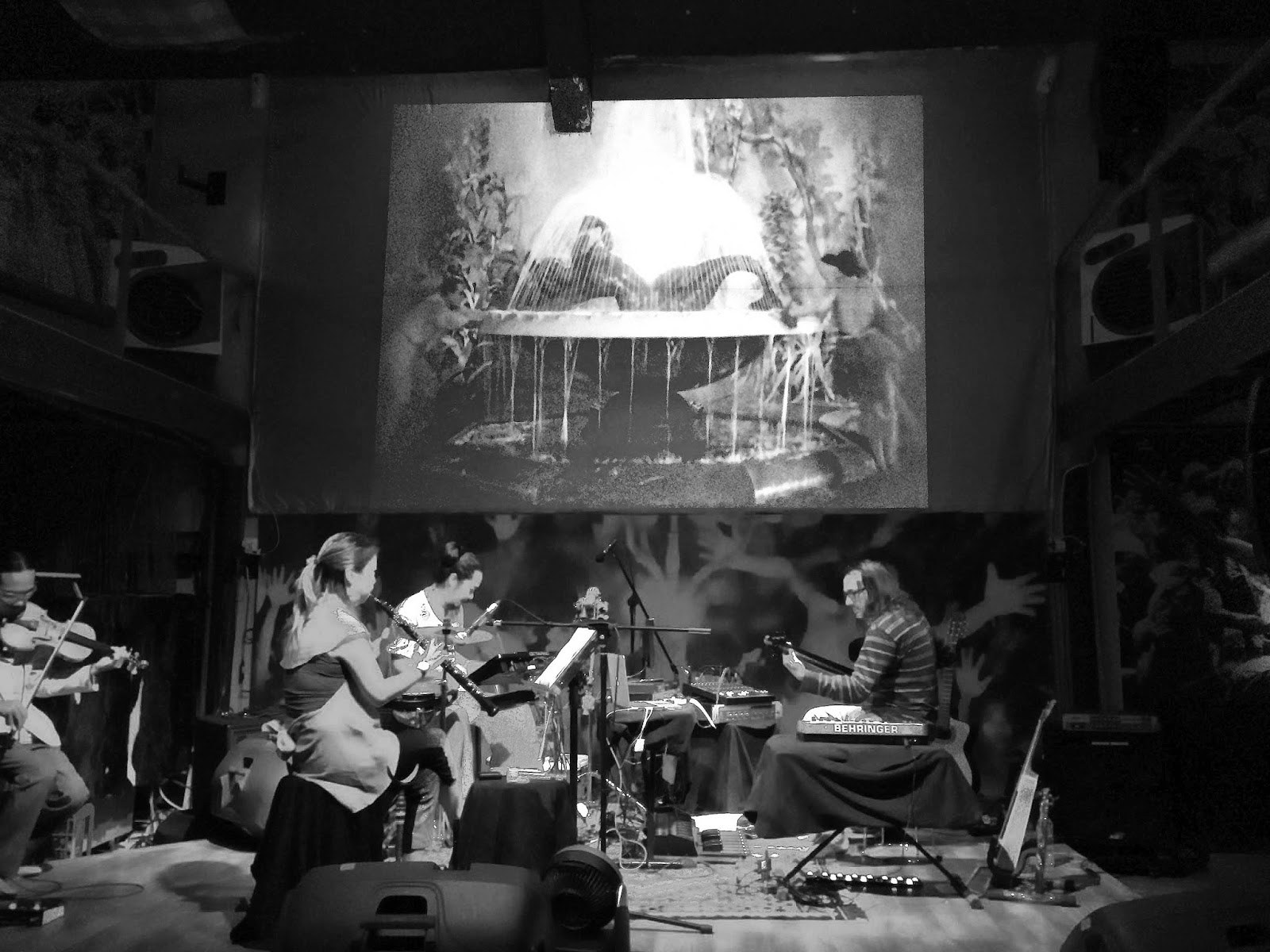 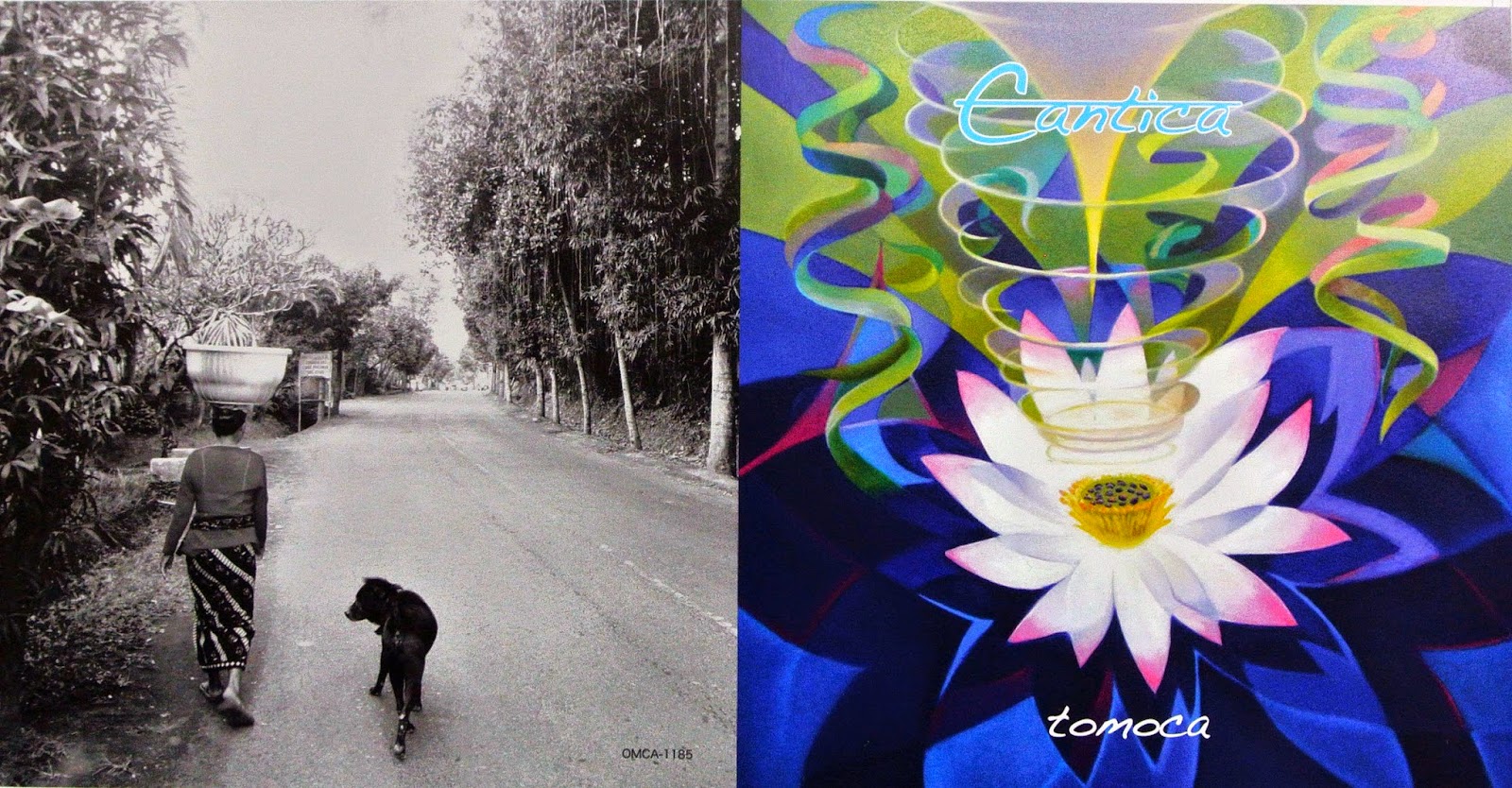 New Album
" CANTICA "
She released new album called " Cantica " in October 2014,
all the musicians are Indonesian jazz men and recorded at Snur Bali.
most of song are her original composed in Bali and release concert in Aoyama Tokyo and bali. 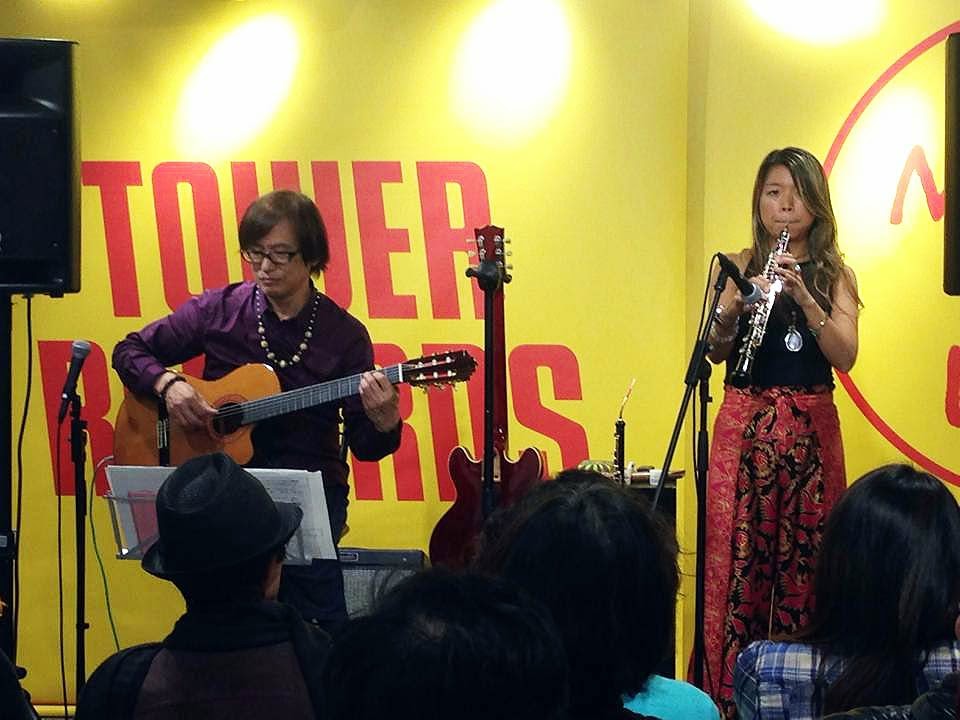 Promotion concert at Tower Record in Tokyo for new album 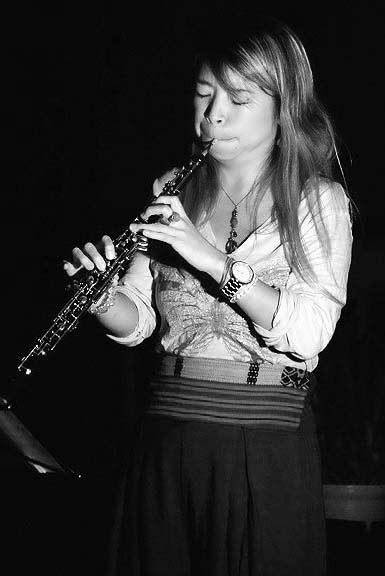 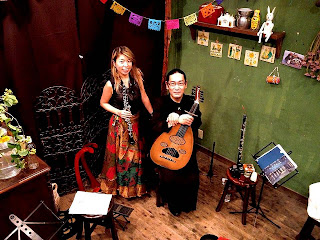 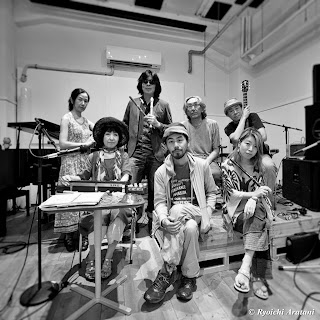 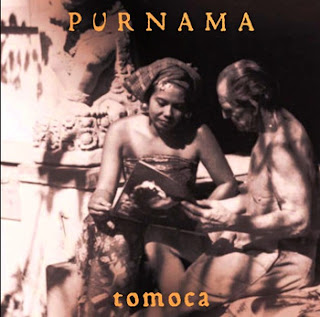 Release June 5th at record shop in japan.
Listen demo at you tube. 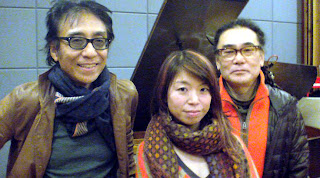 tomoca is making new album in Tokyo, called " Purnama" which is full moon, and Mr. Makoto Kubota is producing this album as Modern Asian sound with Mr.Togashi (piano) supporting her oboe, It will be release June this year from Indie Label, including her song and asian songs mixing with sound of asia by Mr. Kubota.  from left Kubota, tomoca, Togashi 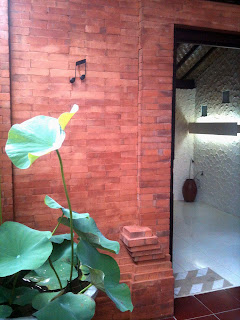 End of December '12, her studio finished and Bali style exterior and modern interior studio took three month to build, when she is in Bali, she practice oboe, making reed, composing song here. 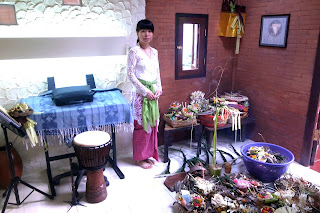 Day of Saraswati which is goddess of hindu art and knowledge, she had ceremony for opening for blessing new studio, bali style ceremony and village people made offering and pray for good luck. 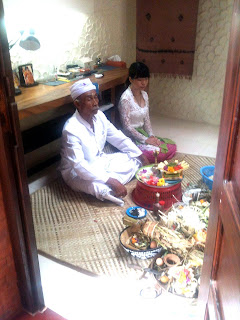 Priest of Sayan village where her studio located pray and blessing new space for good. she wear balinese traditional outfit for ceremony and inviting god in studio. 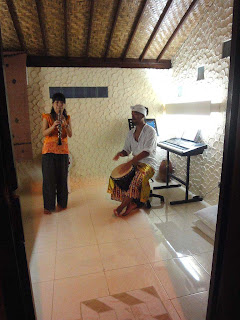 At the night had opening party and play with other musicians. 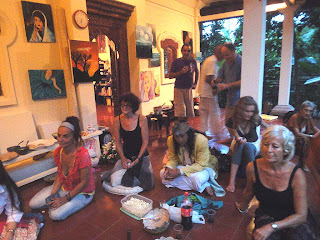 many people came for congratulate her new studio and listening her play. 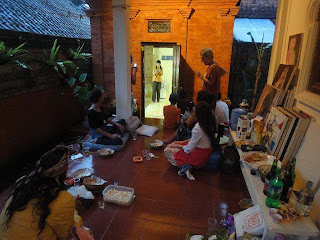 It was wonderful night for her and many people were enjoy her play and party. 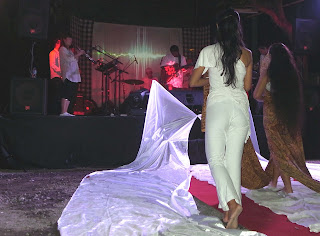 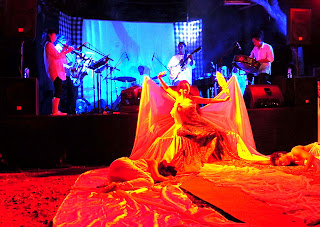 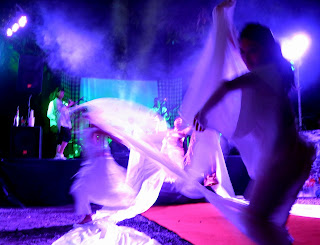 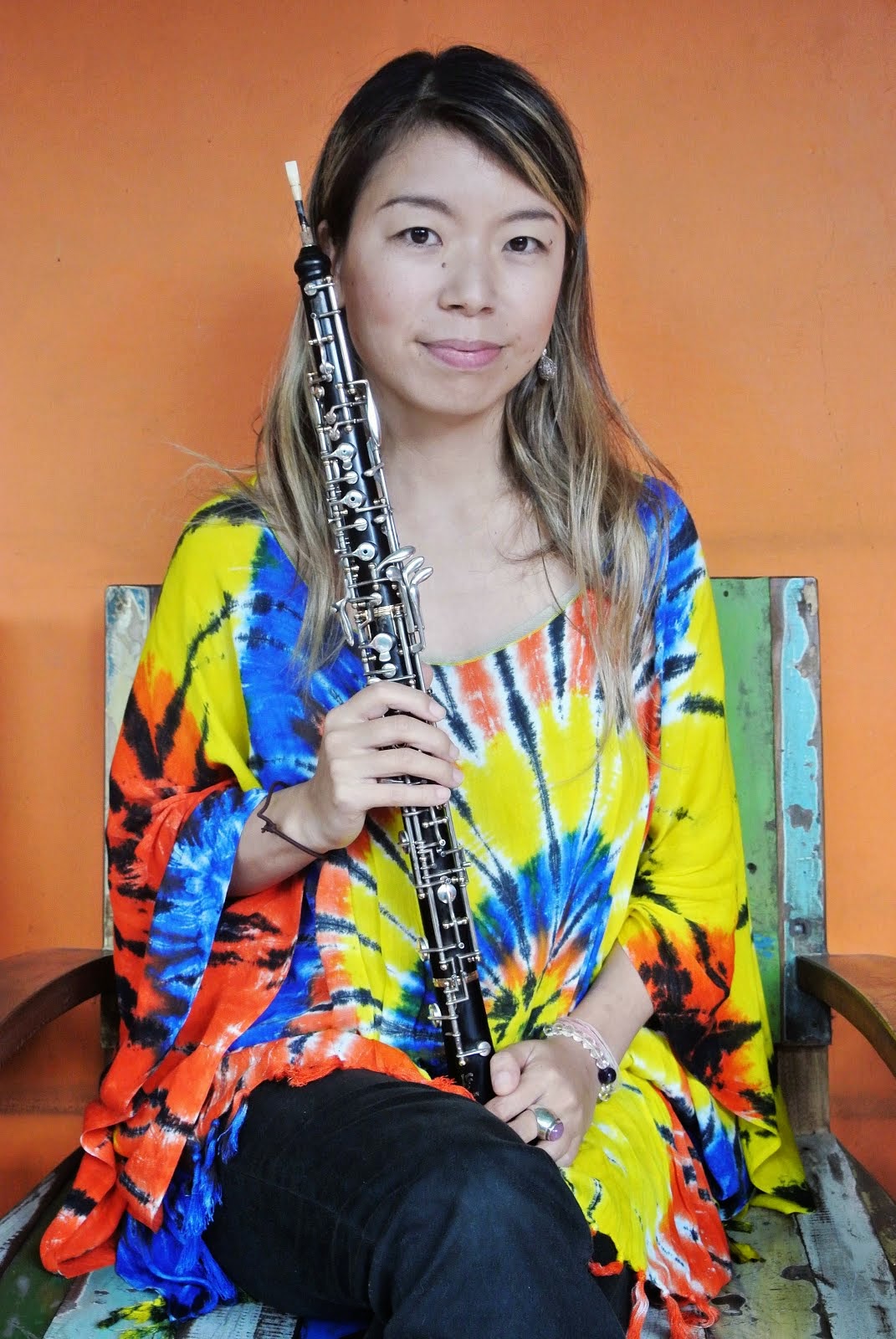 If you click this image, you hear she plays T-Bird

She was born in Toyama prefecture in Japan 1974, she play piano since 3 years old and met Oboe when she was in junior high school, since then she never hand off the oboe, educated at Tohogakuin University Tokyo which is one of best music university, after graduated she play in classic orchestra for while and same time she start play Jazz by oboe, she is only oboe jazz musician in Japan, she play concert, live house also recording musician as well, she also release her CD album " Aqui " 2005 " Lotus " 2009.
She often travel Asia and inspired spiritual mind for her music.

Music of tomoca -you tube- 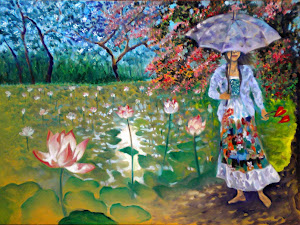